Implementation of The Knowledge Triangle in Underdeveloped Countries 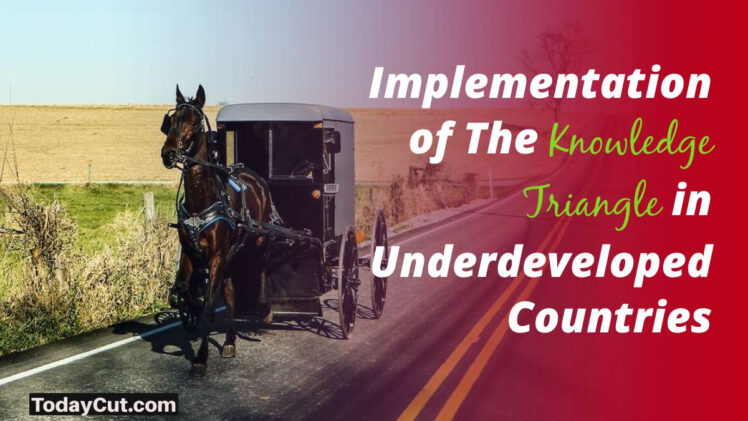 Rapid growth in population, constant depletion of resources, unbalanced economic growth of countries, and heterogeneous economic productivity of different industries have led to an unsustainable environment.

This means that our future generations are at a higher risk of having lower living standards and they may not have such exceptional resources to consume like ours.

However, a knowledge-based strategy that compromises innovation, revolution, and exponential human knowledge can help in achieving sustainability.

“The many shapes of knowledge” by Herbert. A Simon propounded that since awareness for increasing knowledge as a source of development and sustainability is increasing, it can be reckoned as a factor of production.

To incorporate all of such factors, The Knowledge Triangle has been introduced to increase the synergy between innovation, job, and research.

Nonetheless, there are several ways that can allow a simpler implementation of The Knowledge Triangle through reforming educational policies.

Aim to concentrate on greater research.

Due to lower Human Development Index, underdeveloped countries have lower standards of education and their universities may not have sufficient capacity to increase research.

However, nothing is impossible.

Underdeveloped countries can identify the top universities, researchers, and individual groups in the whole country that have the potential to compete internationally.

Since academic excellence is scarcely found in underdeveloped nations, economists can judge the potentials through certain factors e.g., internationalization and size.

If budget constraints act as a limiting factor, multiple universities that have almost the same standards can be merged with one another. This will further strengthen the educational institutions’ capacity to increase implementation the research policies.

Therefore, a research excellence drive should be designed and implemented all the while focusing on commercialized research and patenting to increase competitiveness among universities.

Improve the standards of education in the country.

As mentioned earlier, underdeveloped countries have a low Human Development index. Consequently, the literacy rate in the least developed nations is low and the workforce of the country will have less percentage of an innovative workforce.

Henceforth, it is imperative to invest in the betterment of the educational system of the country like several European countries have done.

Higher standards can be achieved in various ways:

Higher education costs are a major discouraging factor for parents of a low-income generation. As a result, a higher proportion of children will be deprived of such a facility.

To abolish the fee system, governments can subsidize the educational systems along with providing free supplies from students who belong to modest backgrounds.

Moreover, least developed countries should focus on designing a new educational model that is an amalgamation of the traditional way of teaching alongside advanced techniques that suits their budget.

A shift away from the traditional style will encourage students to learn effectively and benefit the economy in many ways in the future.

Henceforth, improved educational standards in an underdeveloped country will enhance the skills of students who will form up the workforce in the future. Therefore, the higher skill set will encourage innovation and increase overall economic productivity.

For adapting to open innovation system, economists will have to encourage the development of networks that include public-private partnerships.

Only in this way, a pool-in of resources and greater innovation with less time taken can be achieved.

However, the above-mentioned ways may have implications worth considering. Though knowledge triangle seems to suit the orthodox role of universities, it may result in greater challenges for the economic system. If seen from a point of view of educationists, The Knowledge triangle is a golden opportunity for consolidation and coherence. However, we cannot say the same for the government. To overcome the negative impacts, governments shall closely observe the capacity of their economy as a whole and design The Knowledge triangle according to it.

For better understanding, governments can analyze The Knowledge Triangles’ policies in different countries e.g., Denmark and Norway. Both of whom implemented entirely different but successful policies.

Author bio: James Oakley is a Senior Writer at Research Prospect at Academic Research. He did his Ms in League Research & Writing Thesis and Dissertations from Brown University, Graduated in 2011. He helps students in their dissertation by providing services like dissertation writing services and assists in essay writing. James is an open-minded person who loves to write on different topics on Education. Write suggestions and opinions for improving the education system. 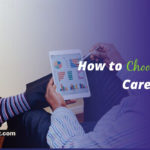 Previous Story:
How to Choose a Career? 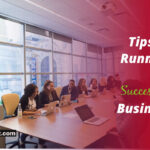 Next Story:
Tips To Running a Successful Business

About the Author: Team TodayCut

This article is written by one of the editorial staff of TodayCut.Com. We're a leading Jobs and Career website. On our website, you can find Career tips, resume writing tips, job descriptions, Interview tips and more.